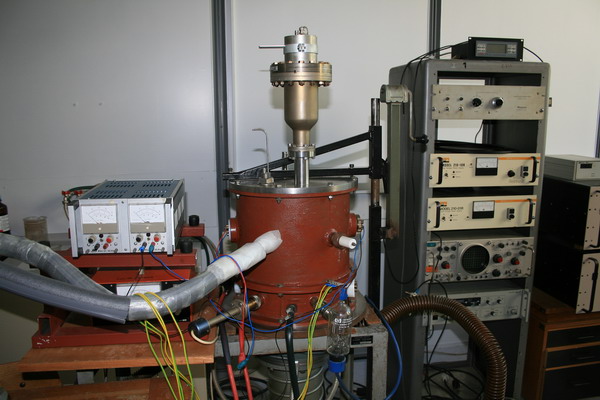 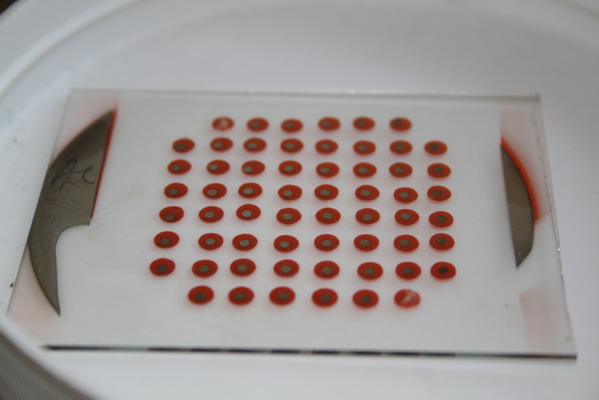 The metal/organic semiconductor/metal structures as deposited by the ionized cluster beam vacuum deposition method may under suitable conditions serve as simple radiation sensors. For this purpose the physical processes related to the current through such a structure should be well understood, but it is the fact that some basic characteristics still remain to be clarified even nowadays. Thus for instance it was only recently that the research associates have been able to show that the conjecture of the (coupled) drift-diffusion electron transport interpreted in terms of the model of shallow traps occupying a single energy level is incompatible with the published measurements.
For some decades it is being generally accepted that the electric current through the metal/organic semiconductor contact is modeled under the assumption of vanishing electric field at the junction. This assumption results in an infinity charge carrier density at the charge-injecting (metal) electrode, which however is being commonly interpreted as the occurrence of the space charge limited current effect, SCLC, in strong analogy with the exceedingly high electron density surrounding the cathode in vacuum tubes of the past.
Postulating the non-zero electric field at such an interface, the associates have recently shown, considering the model of traps exponentially distributed in energy within the organic semiconductor charge transport band, that the interfacial and the external electric field are coupled via the non-linear algebraic equation the solutions of which (at each bias) result in the spatial distribution of the electron density (and of the internal electric field) that is within the organic and at its boundaries everywhere finite and continuous. In addition, it was shown that when the interfacial field is directly proportional to the externally applied electric field the resulting current follows the power law of the external bias resulting (in contrast to the generally accepted notion) in the negligible SCLC effect. However, the latter may indeed become significant if the non-zero interfacial field remains constant (i.e. bias independent) in which case the electric current turns out to be a concave function of bias. It is argued that the combination of the interfacial electric field linearly dependent upon the applied bias up to a given value of the external electric field and constant thereafter results in the current density, which exhibits distinct line slopes in the current- voltage plane.
The described novelties were tested on a number of published measurements and a good agreement with the experiments has been obtained.

1.   M. Koželj, B. Cvikl, D. Korošak: Properties of organic Schottky junctions under the influence of ionizing radiation. Proceedings of the 42th International Conference on Microelectronics, Devices and Materials and the Workshop on MEMS and NEMS, p. 77-82, September, 13. - 15, 2006, Strunjan, Slovenia.

5.   M. Koželj, B. Cvikl. Comments on the current-voltage interpretation of organic diodes by the model of traps exponentially distributed in energy. Proceedings of the 48th International Conference on Microelectronics, Devices and Materials and the Workshop on Ceramic Microsystems, p. 163-167, September, 19. - 21,   2012, Otočec, Slovenia.